Nikon D850 Review from the test shoot in Amsterdam 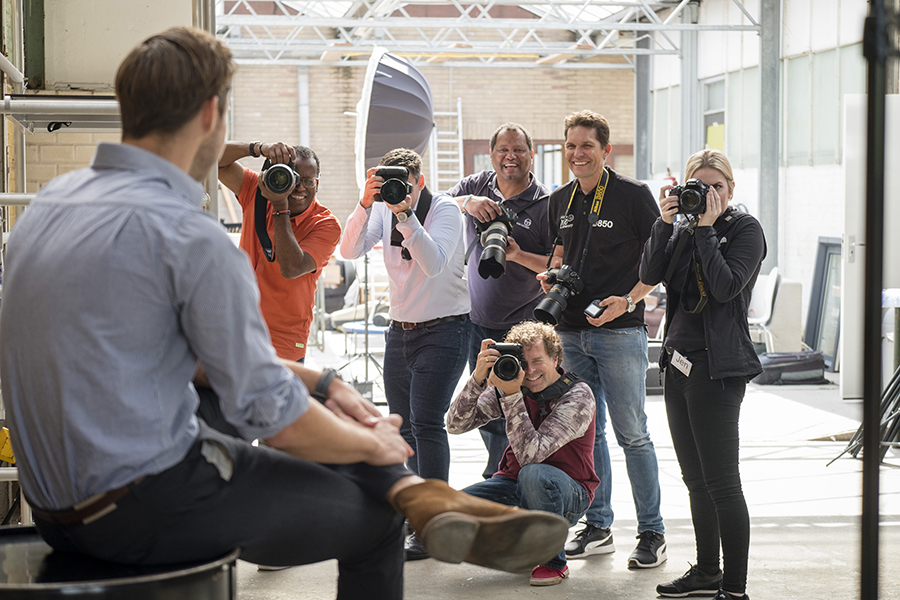 I was really excited to have been asked by Nikon to put the brand new D850 through its paces, what I really wanted to know was what all the fuss was about.  I mean a camera is a camera, right?  Wow what an experience!  I had opportunity to allow five photographers to join me, so after posting on Facebook about the shoot, I had the five lucky photographers.  I was amazing to see how badly people  wanted to shoot with it.  I had two people from the UK, one from Austria, one from the Netherlands and one photographer came all the way from Cape Town, South Africa.  The idea was to walk the streets of Amsterdam with a model or two in wedding dresses and suits to capture some images for the review. On Monday September 11 the weather was inconsistent so a democratic vote was taken to shoot at a friend of mine’s studio space nearby.  Thanks to Jan from Foto Studio XL for coming to the rescue!  We shot with a mix of the Elinchrom ELB400, the brand new Rotolight Aeos (use the discount code BrettFlorens10 for a 10% discount on all Rotolight products) as well as ambient daylight.  Here are a few images from what went on and my opinion of the camera. 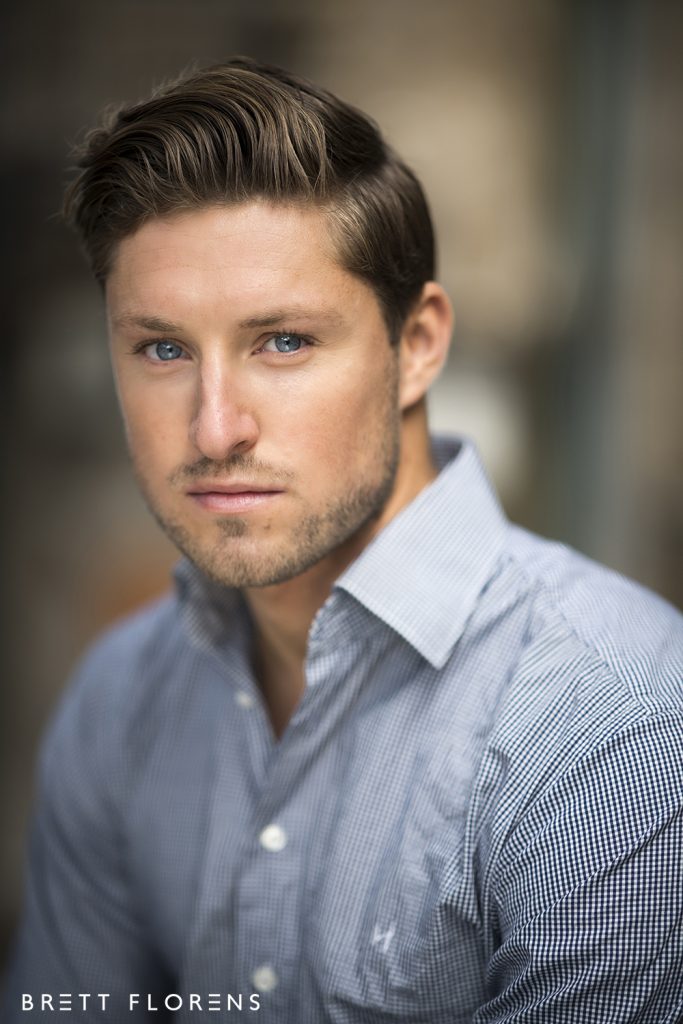 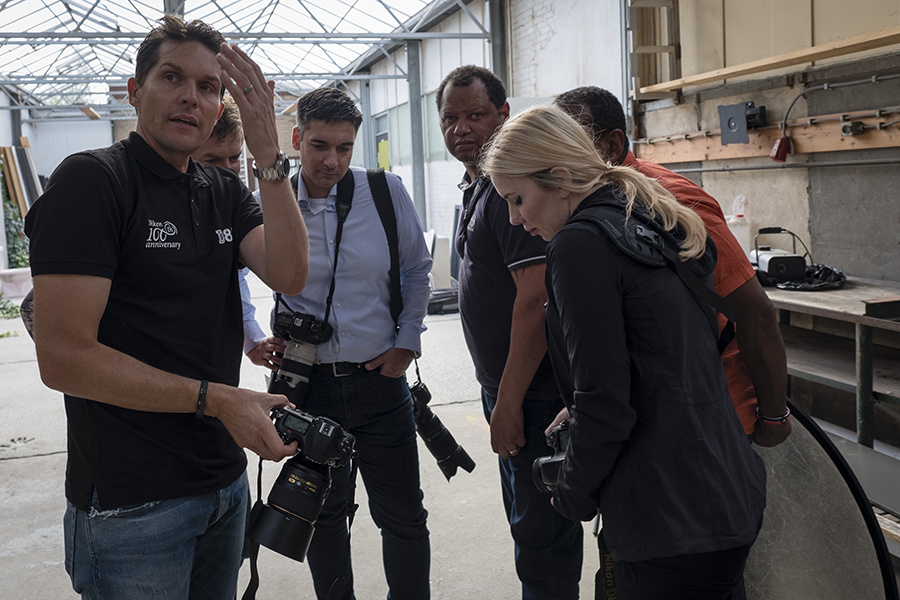 Whilst the models were getting their hair and make-up done by Selena Colpa we shot some images of Julian with a California Sunbouce Sun Mover (Reflector).  I shot these with the Nikon 105mm f1.4 at f1.4 on Aperture priority, I was really impressed by how quickly the auto focus reacted with pinsharp results even at f1.4.  It has the same AF set up of my D5 which was fantastic as it was a seamless transition for me. Whilst on a Facebook live feed, I was asked about the LCD screen.  It is a variangle touchscreen that is very responsive. Switch to live view and touch where you want to focus and as soon as it it focuses, the camera captures the image. It also has the ability to capture the images in live view silently, as in zero noise. Fantastic for wedding photographers. 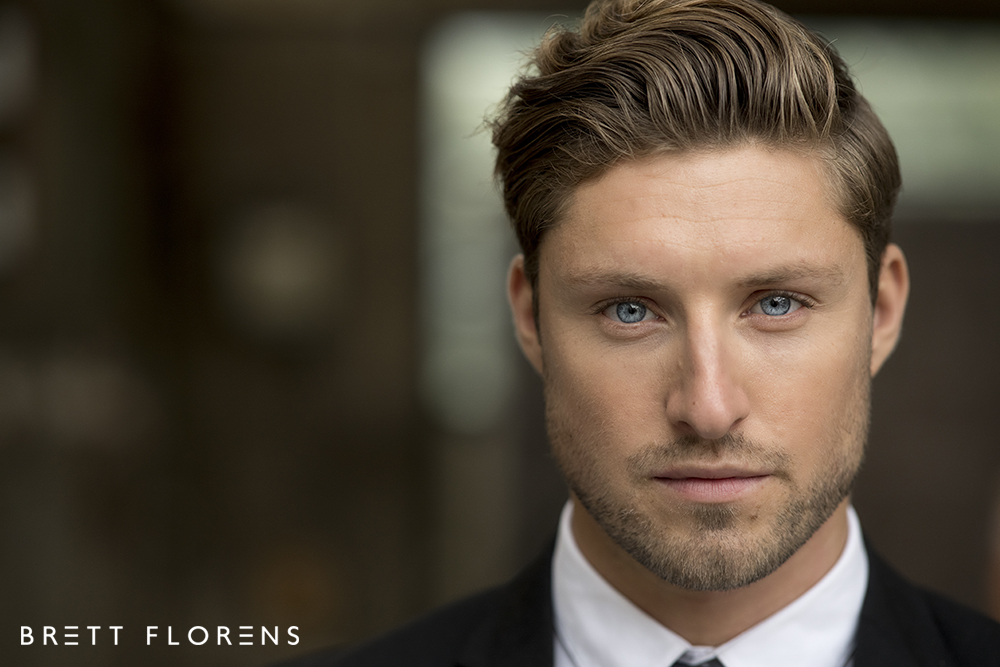 The clarity of the images is astounding, as you can clearly see in this example.This is a close up of the above shot. 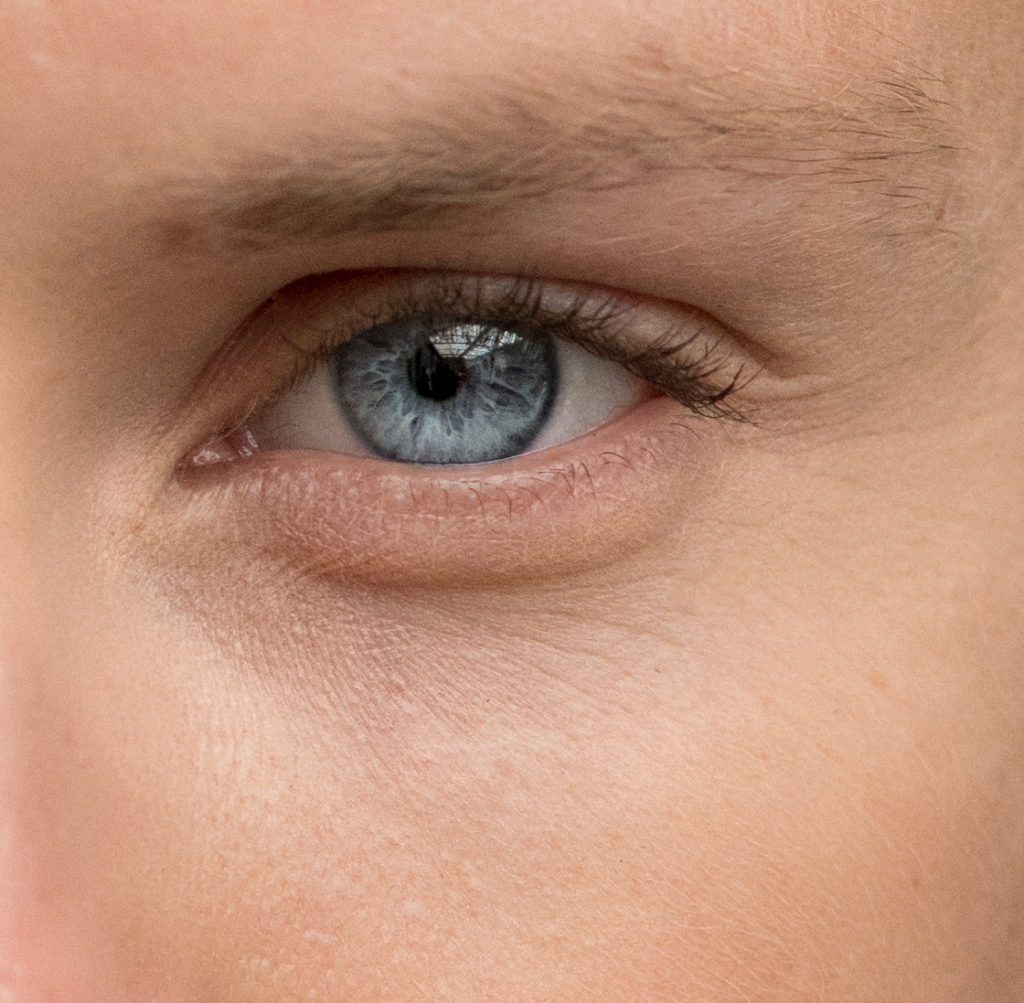 Again at the request of a Facebook follower, I tested the ISO by pushing it to 16 000 (Max is 25 600) and as you can see it handled itself pretty well. 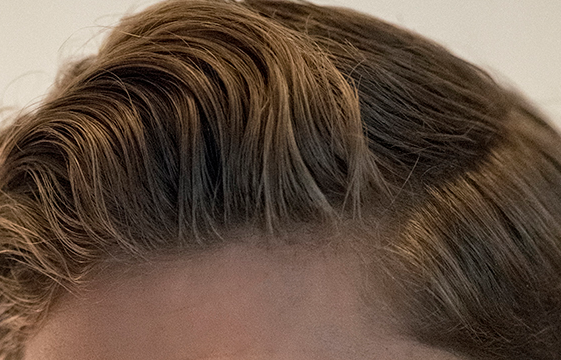 The camera has a 46MP sensor and you have three options for capturing the RAW files, RAWs – 7MP, RAWm – 25MP or the RAWl at 46MP.  This is great for those of you freaking out about the large file sizes.  I shot on Raw and Normal Jpg, the reason for that was so that I could immediately have access to the files on my phone, via the Nikon app Snapbridge. Very cool for uploading to social media on the go.  You could always do in camera RAW processing and add one of the many Nikon picture control presets.  Super fast conversions to Jpg, much faster than through a RAW file processing program on your laptop or desktop.

Next I started photographing Daphne in a beautiful Temperley gown from Black Swan Bridal.  I was using the Elinchrom ELB400 with the Deep Octa Umbrella, stunning light. I shot these images in HS at 1/1250s at f1.4 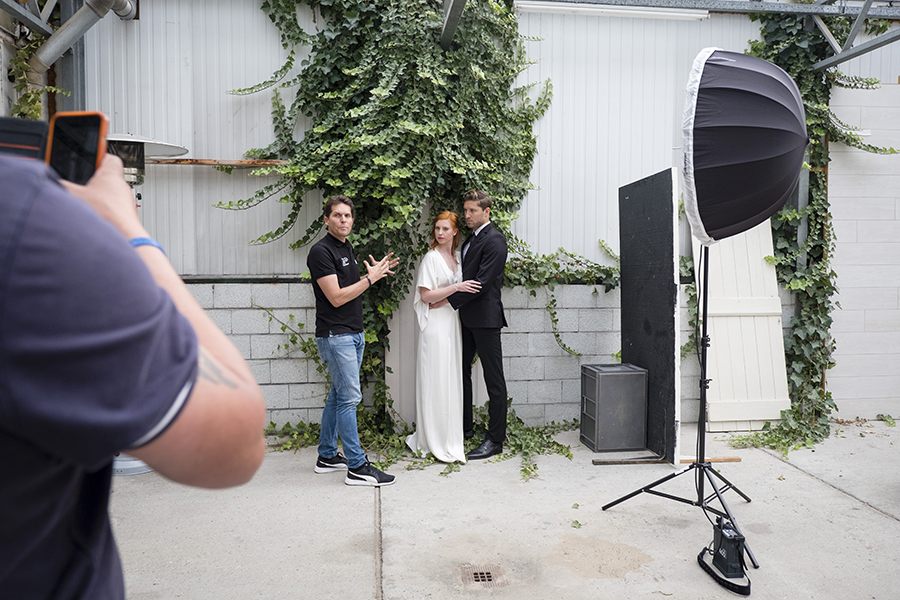 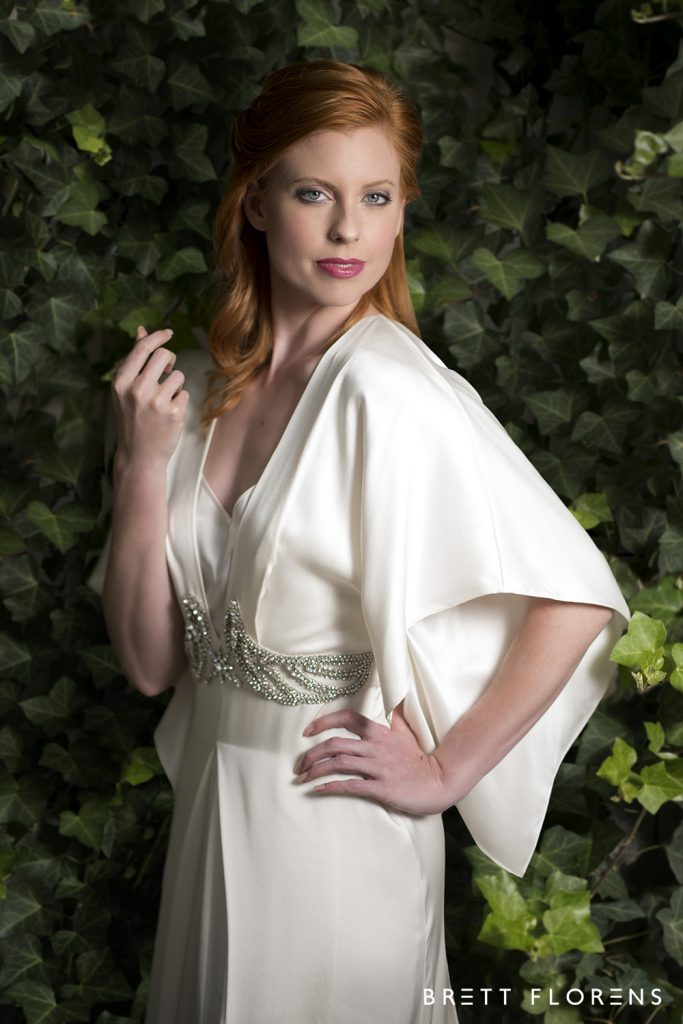 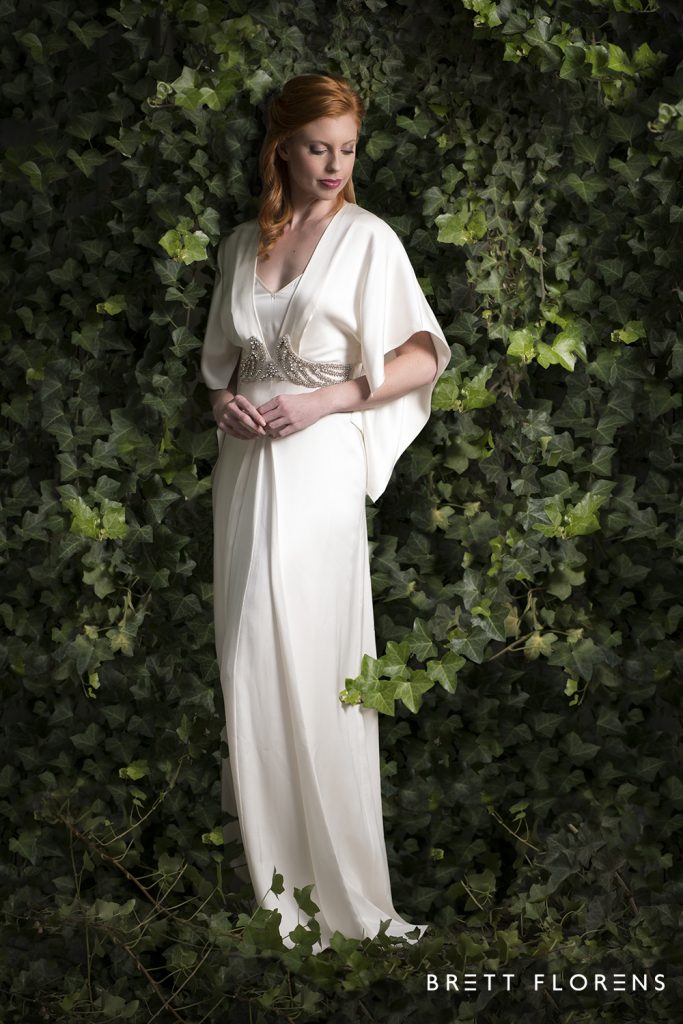 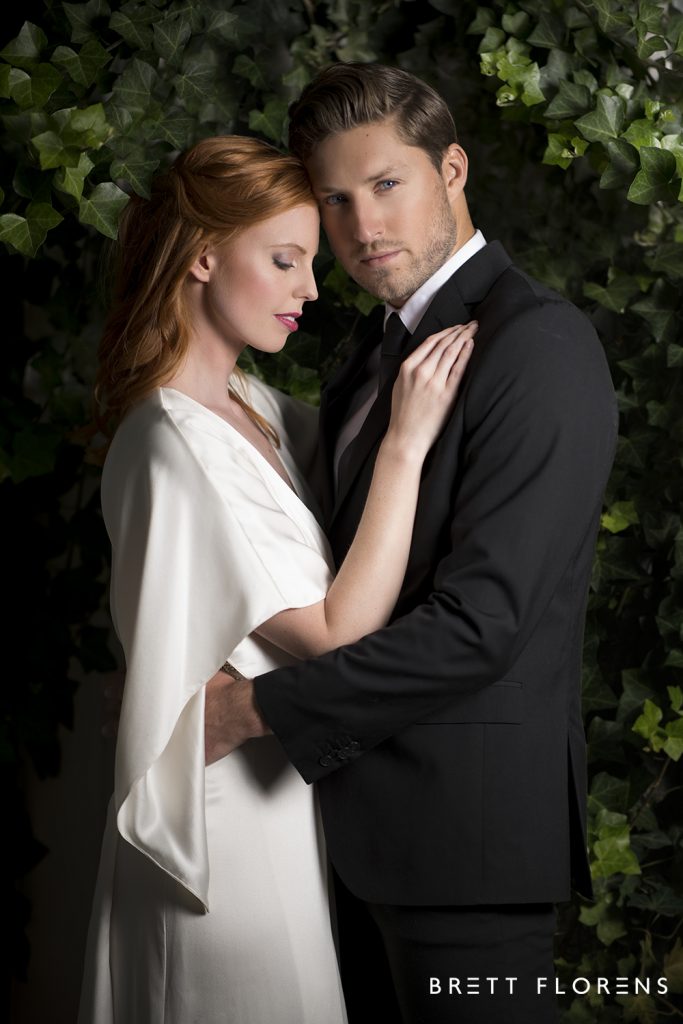 Daphne changed into a lovely gown from “I do I do” 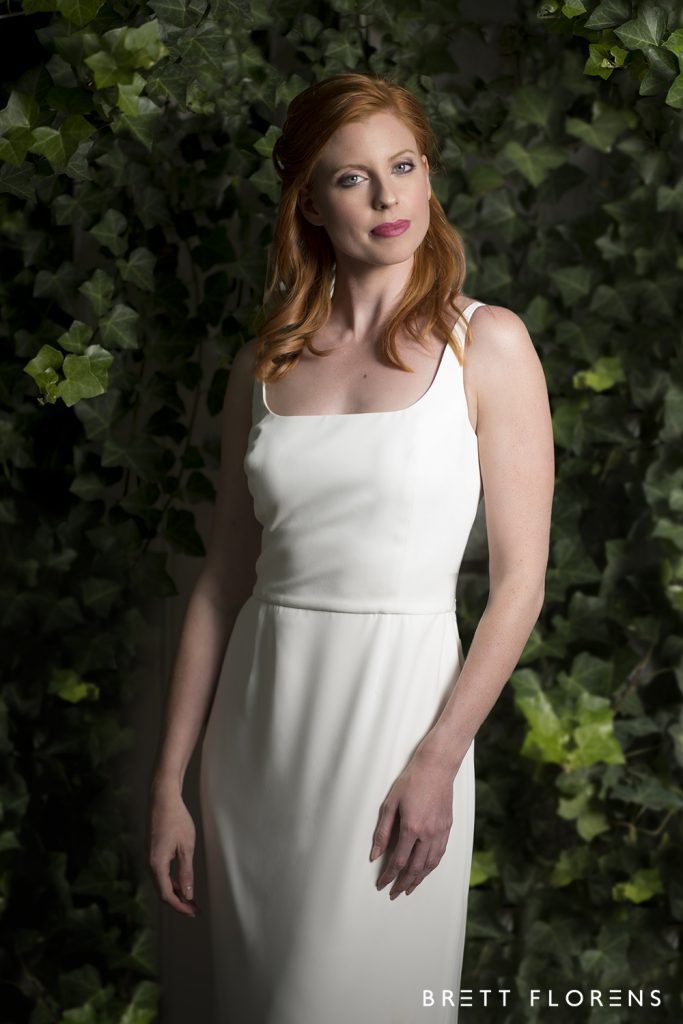 I have just taken ownership of the brand new Rotolight Aeos (remember the code) and use the opportunity to put that through its paces as well.  It has a great feature where you can dial in the white balance you want to shoot on.  Fantastic feature for perfect skin tone reproduction. Selena stepped in as our model for this one. 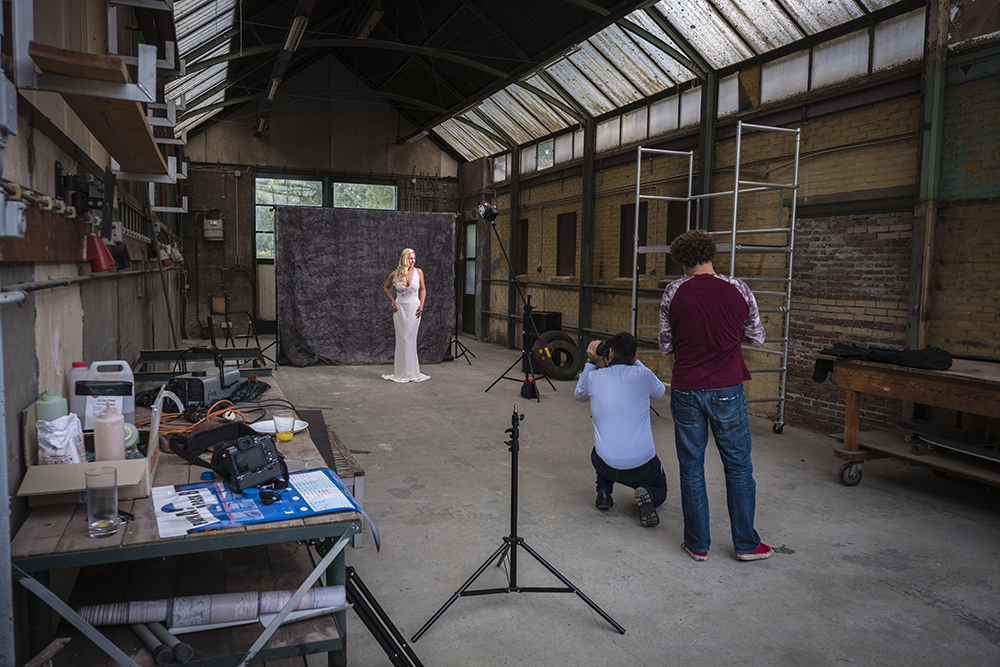 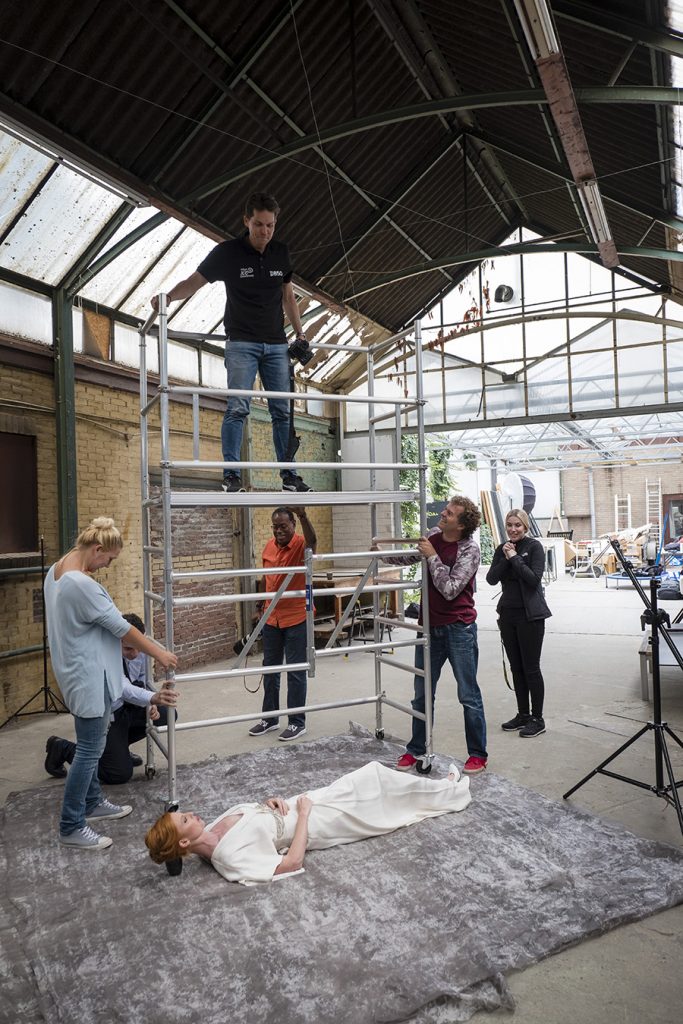 Having a cup or mug support your models head is a good tip to get her looking comfortable. 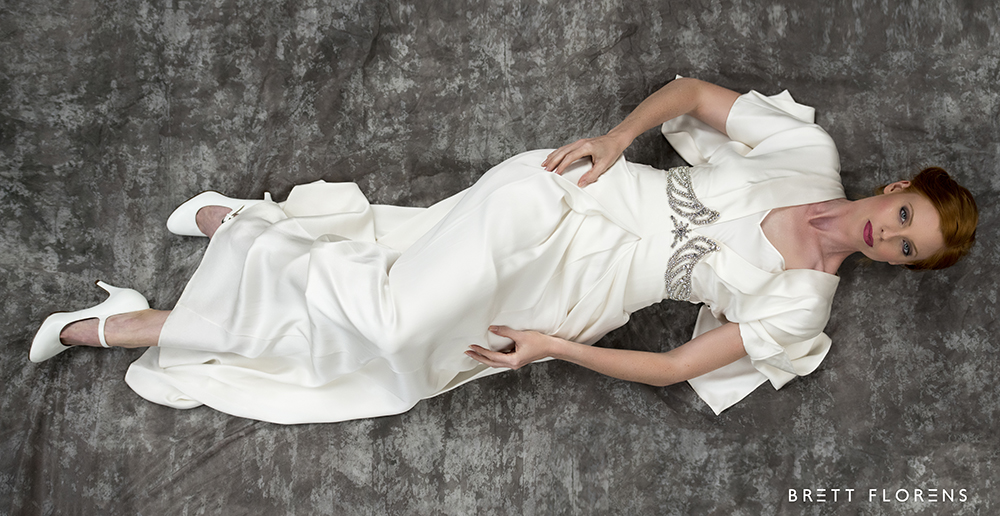 After everyone had tested the camera we left Jan’s space and headed into Amsterdam to try to shoot a few low light images on the beautiful canals.  The weather wasn’t playing along and we sought  shelter in one of the oldest, coolest cafes in Amsterdam – Cafe Brandon.  Julian was up for anything so I quickly popped outside and shot two sequences of him on the streets of Amsterdam.  I literally took 15 seconds to shoot these images and he was like- “Really, you’ve got the shot?  You don’t want me to walk again?” 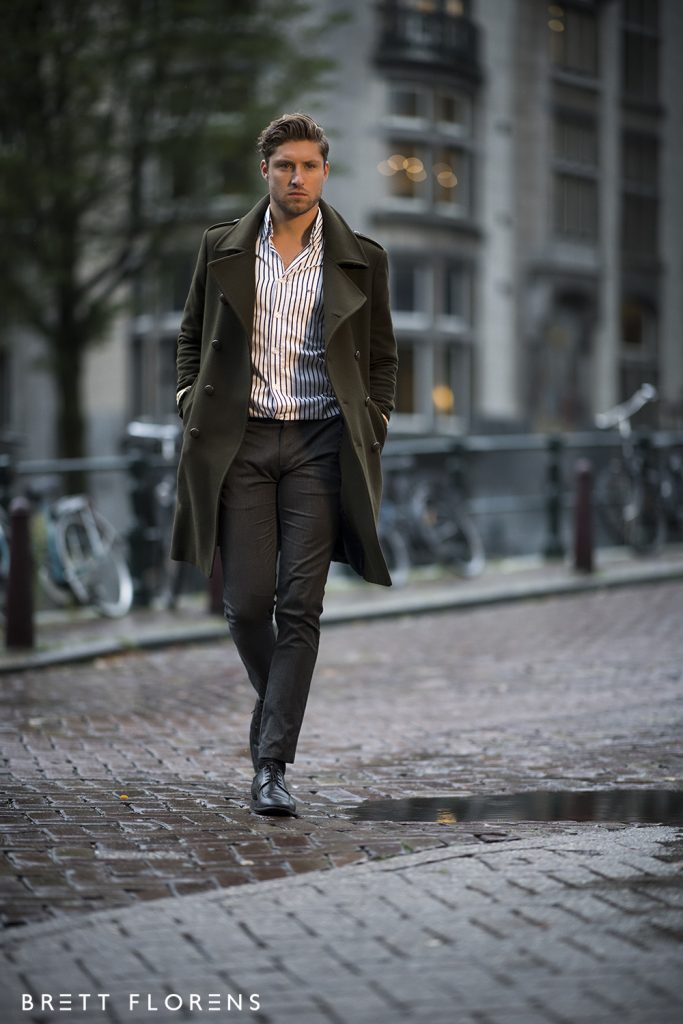 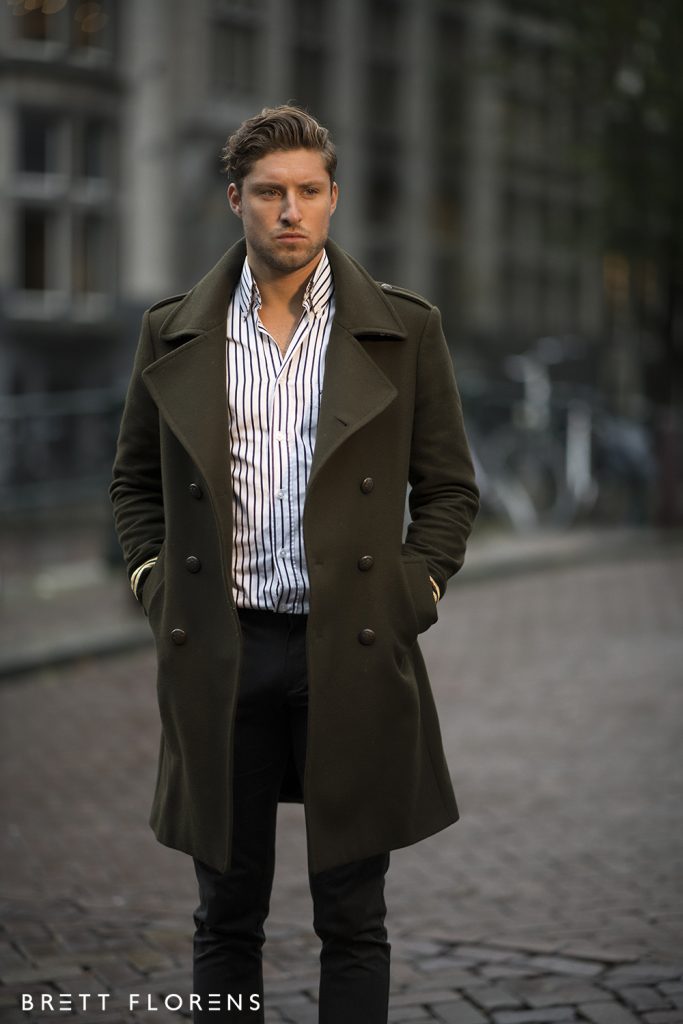 We then managed to take advantage of a break in the rain to capture a few images of Daphne.  Side note, Daphne was incredible, as you can see from this BTS shot, modeling isn’t as glamorous as it is made out to be!  The low light focusing was really impressive, barely missing a shot. Around a 90% strike rate.  I used the Rotolight Aeos as my primary light source 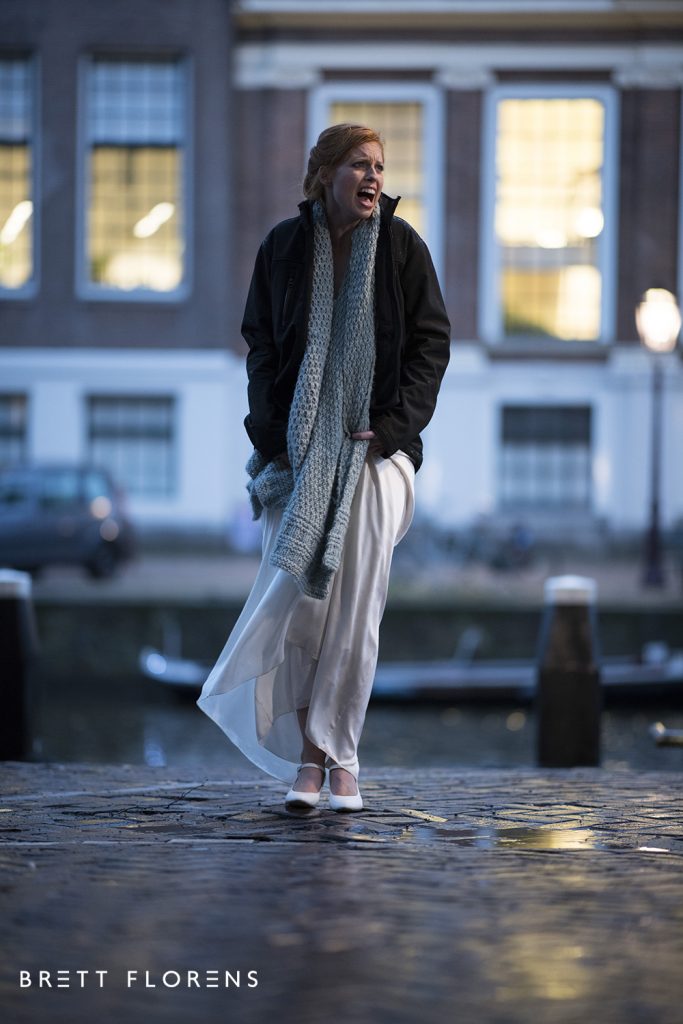 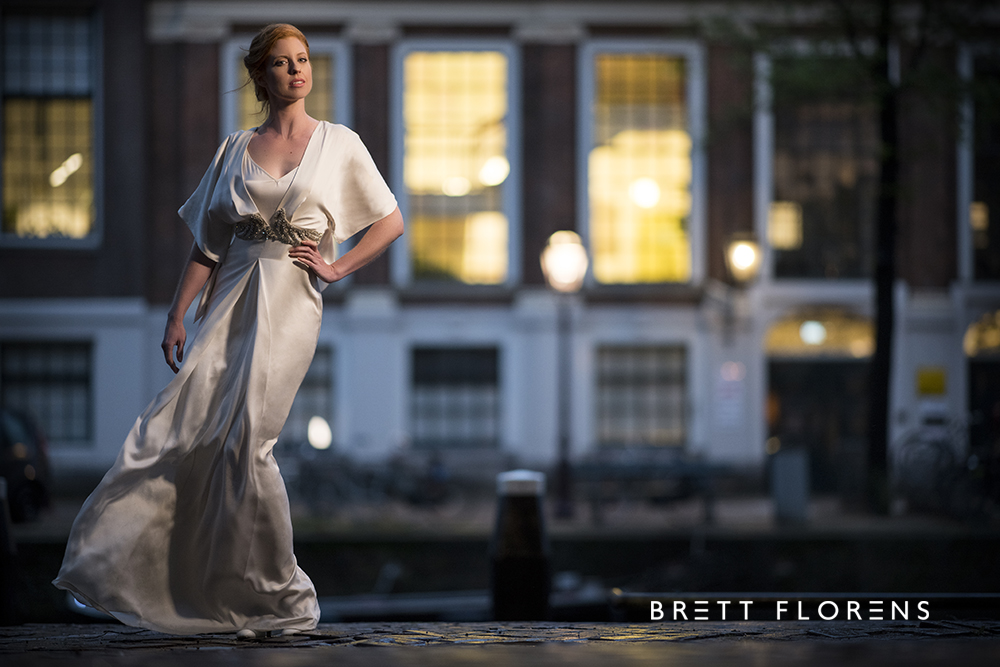 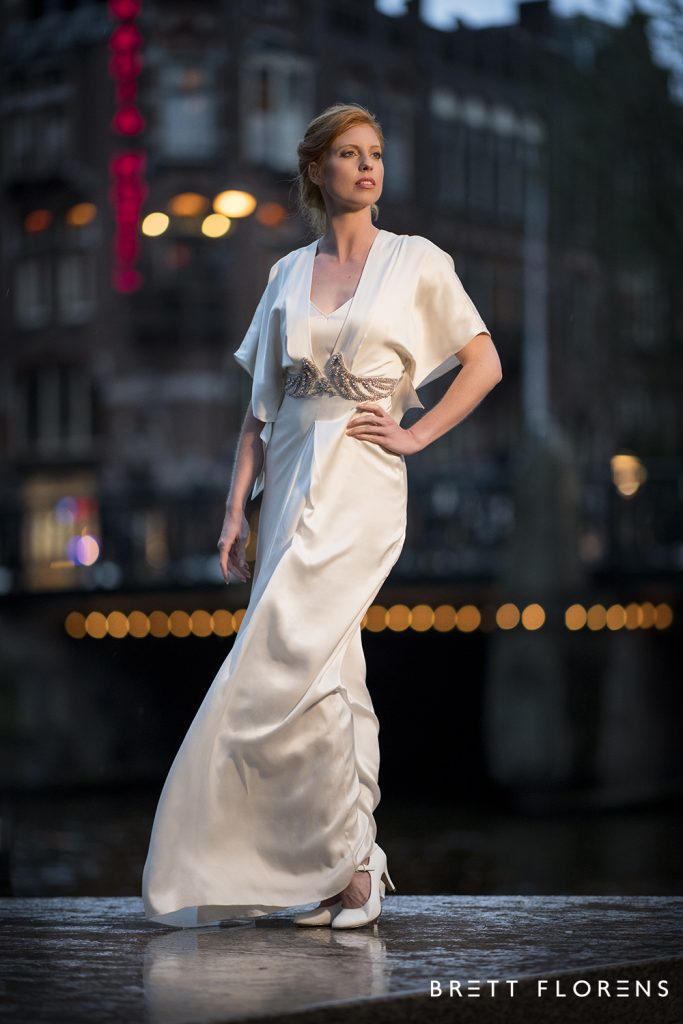 We had shot the entire day with it and had hardly made a dent in the battery power, 1800 shots on the standard battery and 5100 shots with the MB-D18 grip and the D5 battery.

I then decided to test the camera for sports photography as the 7fps for a 46MP camera is quite impressive.  Wow! The auto focus was great, I shot on Group AFc and again had an incredible strike rate. 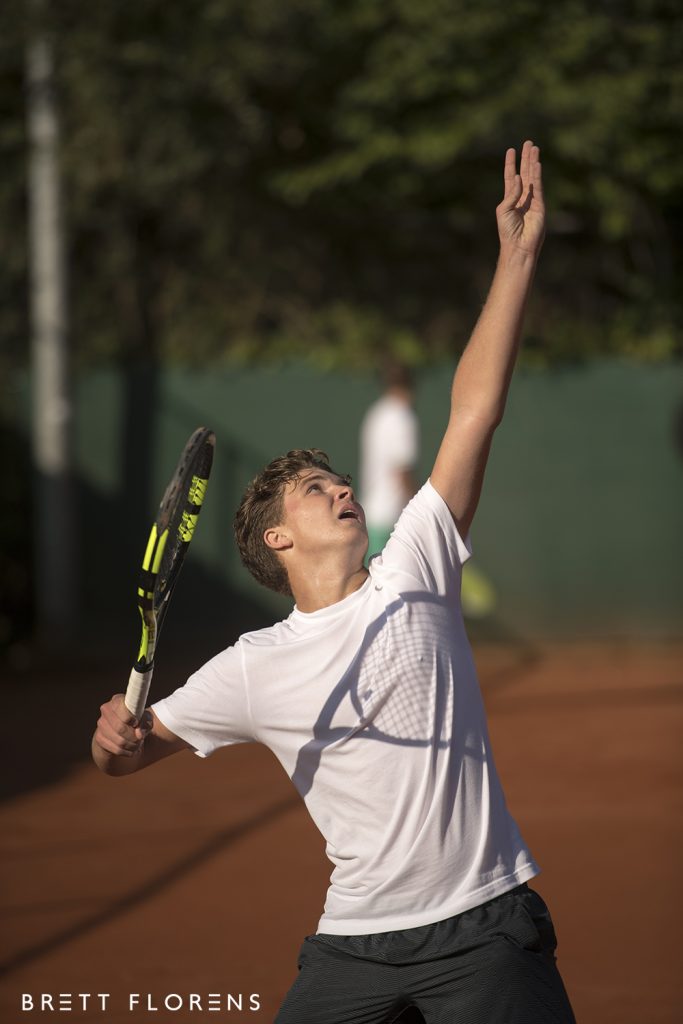 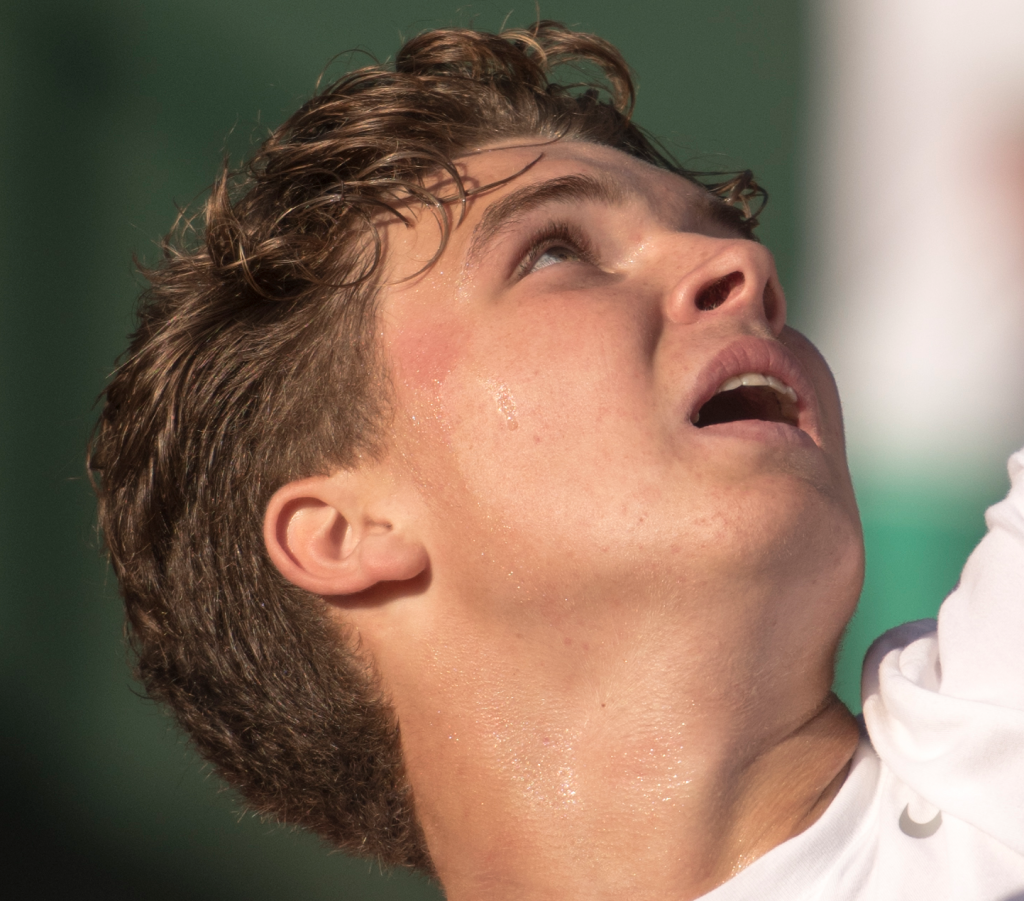 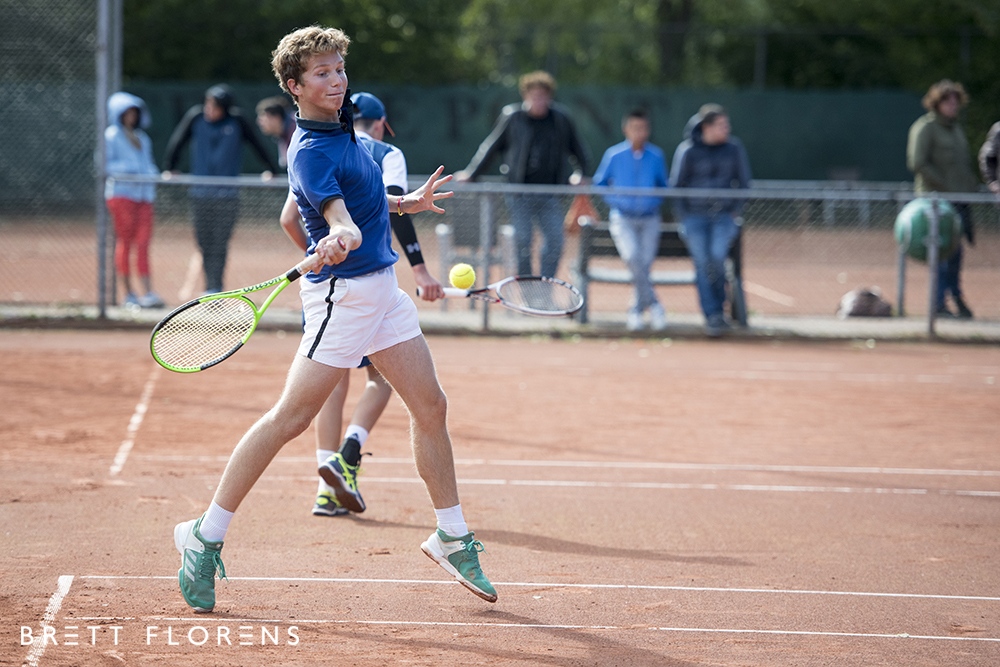 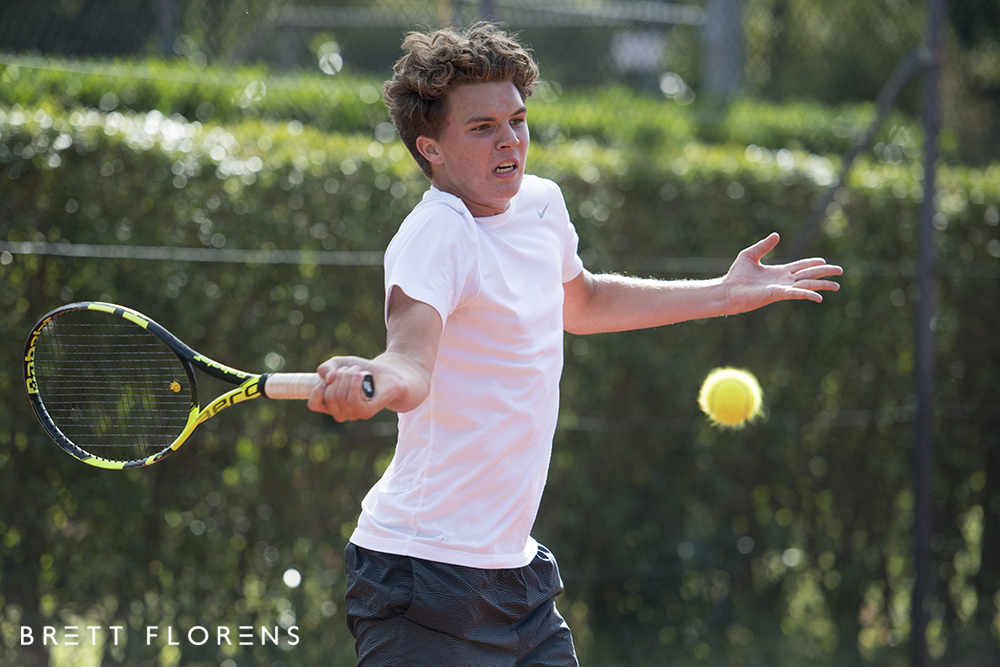 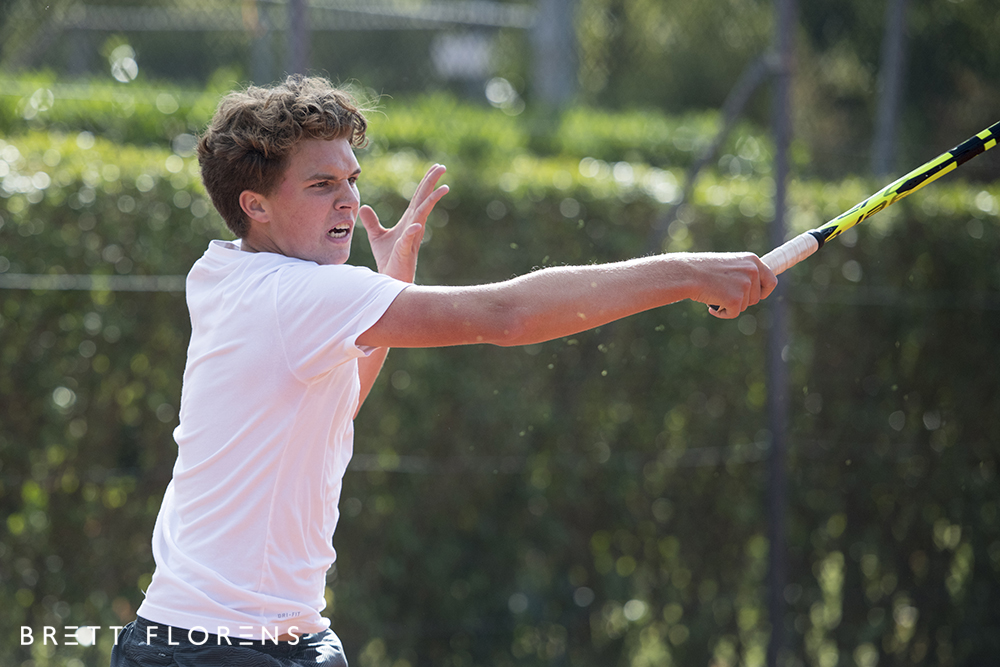 There is a cool feature where you can choose different ratios for your images from the standard 2:3 through to 1:1

So to summarize, I really enjoyed using the camera, the ergonomics were perfect, the buttons are in the right place, the camera handled well under somewhat dodgy weather conditions, getting quite a few raindrops on it. The clarity is amazing, and low light high ISO capabilities very impressive.  Any negatives?  Well speaking of negatives, you can get an adapter to attach to the D850 which allows you to “scan” your negatives –  to a  46MP capture!! Mental!  I haven’t had the chance to shoot any 4K video yet (outside my comfort zone), I will leave that to the specialists. 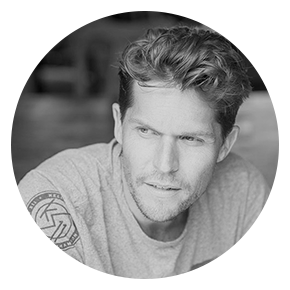